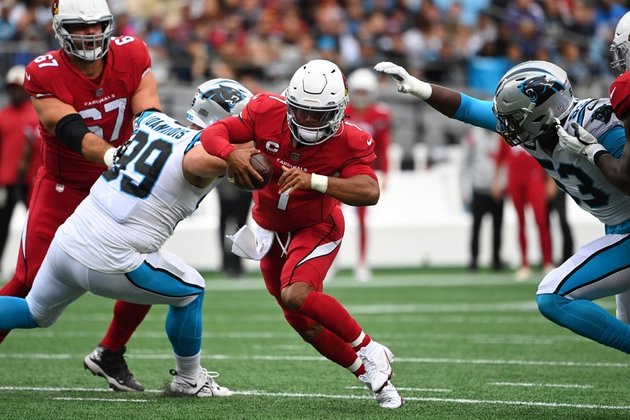 Kyler Murray threw for two touchdowns and ran for another -- all in the second half -- as the visiting Arizona Cardinals overcame the Carolina Panthers in a 26-16 victory Sunday in Charlotte.

The Cardinals (2-2) scored 10 points in less than a minute early in the fourth quarter and tacked on another touchdown a few minutes later.

Murray completed 23 of 32 passes for 207 yards with an interception.

Linebacker Frankie Luvu had Carolina's highlight with a second-quarter interception return for a touchdown. The Panthers (1-3) had a six-game winning streak against Arizona (including playoffs) come to a halt.

Carolina quarterback Baker Mayfield completed 22 of 36 passes for 197 yards and a touchdown with two interceptions. Christian McCaffrey made nine catches for 81 yards.

Mayfield orchestrated a fourth-quarter touchdown drive, hitting McCaffrey for a 13-yard touchdown score with 4:47 to play. Mayfield's two-point conversion pass was incomplete, leaving the score at 26-16.

The quarterbacks were a pair of Heisman Trophy winners out of Oklahoma, but it took time before they clicked.

The Cardinals went ahead for the first time with 11:22 remaining on Matt Prater's 39-yard field goal that came at the end of a 15-play drive that consumed almost 9 1/2 minutes.

On the next snap, Dennis Gardeck intercepted Mayfield and made a 24-yard return to the Carolina 5-yard line. Two plays later, Murray ran around the right side for 4 yards for a touchdown.

Carolina's first four possessions of the second half resulted in 16 total yards, including the devastating interception and a failed fourth-down conversion that set up Arizona's third touchdown of the half.

Murray's 23-yard strike to Marquise Brown helped the Cardinals push their edge to 26-10.

Arizona had trouble moving the ball in the first half, even with Carolina safety Jeremy Chinn exiting in the first quarter with a hamstring injury.

The Panthers got on the board on Luvu's 33-yard interception return in the second quarter.

Arizona finally scored on Prater's 33-yard field goal with 3:34 to play in the first half. Carolina countered with Eddy Pineiro's 54-yarder on the last play of the half to make it 10-3.

The Cardinals had 137 yards of total offense at the half with just five first downs. Carolina was held to 125 yards. Both teams passed for just 90 yards before halftime.

The Cardinals went 89 yards in nine plays for their first touchdown of the game on their first possession of the second half. Murray threw 2 yards to Zach Ertz to tie the game.

SAN Francisco, California: As he struggles with a mass exodus of advertisers and users switching to other platforms, Twitter Chief ...

TOKYO, Japan: Japanese prosecutors raided the headquarters of advertising company Dentsu, as part of a widening investigation into corruption during ...

NEW YORK, New York - Concern about the spreading of Covid-19 across China kept investors on edge Monday, with all ...

LONDON, England: The UK National Crime Agency has obtained a civil recovery order for some $65 million of suspected criminal ...

WASHINGTON D.C.: In the largest dam removal undertaking in U.S. history, a U.S. agency last week approved the decommissioning of ...

Out to match a season-best winning streak, the New York Rangers will continue their Southern California double with a visit ...

Ryan Nembhard scored 25 points to lead four Bluejays in double figures as No. 10 Creighton held on for a ... 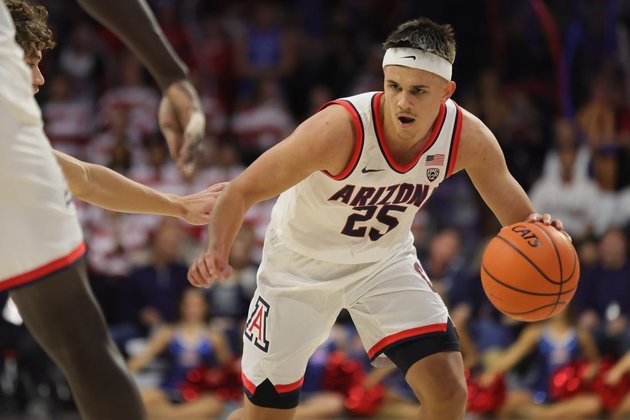 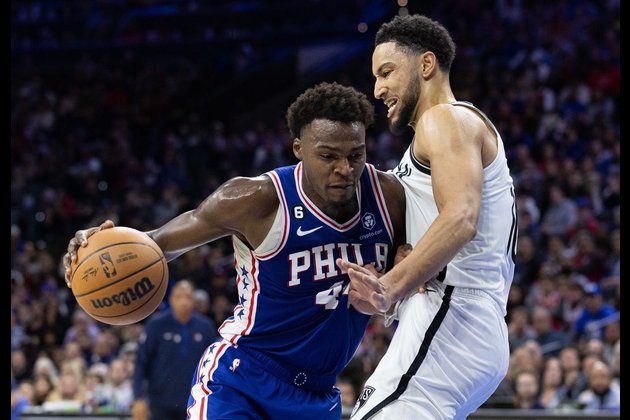 Tobias Harris shook off a minor ankle scare early in the third quarter to score a season-high 24 points as ...