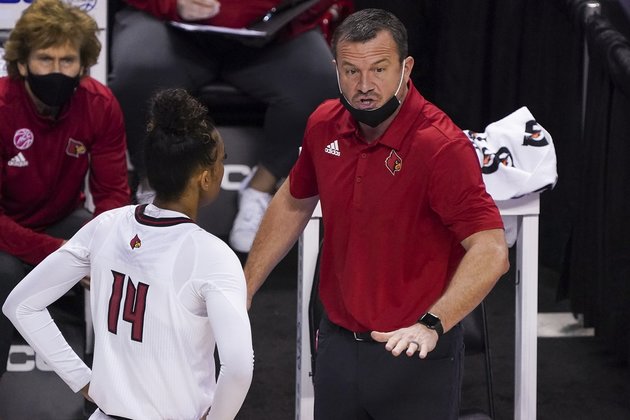 Louisville's Jeff Walz, the winningest coach in program history, has agreed to a contract extension through the 2027-28 season.

The school didn't reveal financial terms while making the announcement.

Walz's previously deal ran through the 2024-25 season. The Louisville Courier Journal reported that Walz's base salary tops out at $1.575 million in that deal.

"We are excited to extend Coach Walz's contract and to know that he will be here through 2028," Louisville athletic director Vince Tyra said in the news release. "He is an elite coach that has not only established a perennial national championship contender, but one of the best programs in the country. Continuity in his coaching staff has been a key to his program's success and this extension will help solidify that continuity."

Walz, who is entering his 15th season, has gone 385-108 with the Cardinals. Louisville has reached the Elite Eight six times during his tenure, including two appearances in the NCAA title game -- losses to Connecticut in 2009 and 2013.

"It has been 15 years of hard work, doing things the right way and lots of on and off the court wins that have made this extension possible," Walz said in the news release. "Most important to me is the relationships I have built with past and current players. It is the players who have made this a perennially elite women's basketball program."

The Cardinals are ranked sixth in the national preseason poll. They open the season on Nov. 12 against No. 22 Arizona in Sioux Falls, S.D.