J.J. Watt says Texans 'not the same organization that I remember' 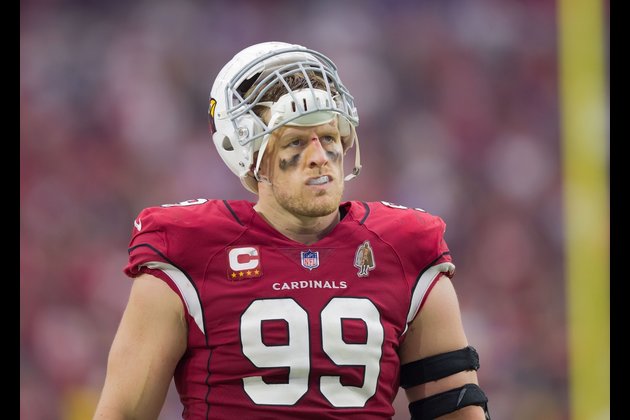 Arizona defensive end J.J. Watt will face his old team for the first time Sunday when the Cardinals visit the Houston Texans. But to Watt, while the city and the fans haven't changed, the Texans themselves are barely recognizable.

Watt asked for and received his release from the Texans in February after spending the first 10 seasons of his NFL career with them. By that point, it was known that quarterback Deshaun Watson wanted to be traded and the team would be starting over with a new head coach.

Asked Thursday whether he expected such a poor start (the Texans are 1-5) and high amount of roster turnover in Houston when he requested his release, Watt replied with a simple, "Yes."

"There's obviously something more to (facing Houston)," Watt said. "I don't think that it's what people may think it is because, I mean, you look at the roster and you look at the guys that are there, I mean it's been so massively turned over that there's only a handful of guys that are even there from last year that I played with.

"So, it's not like, I'm like, 'Oh, I want to go and beat my old team' or 'Oh, I can't wait to face this guy,' because it's not the same team. It's not the same organization that I remember and that I was a part of."

In 128 starts with the Texans, Watt compiled 101 sacks, 25 forced fumbles, 16 fumble recoveries and three defensive touchdowns. He won three NFL Defensive Player of the Year awards and the Walter Payton Man of the Year award while in Houston.

He found himself a good landing spot, at least in the short term. He joined former Texans teammate DeAndre Hopkins in Arizona, and the Cardinals are 6-0, the NFL's lone unbeaten team. Hopkins will also face his old club for the first time Sunday.

The Texans, meanwhile, have lost five straight and are dealing with the fallout of more than 20 accusations of sexual misconduct against Watson, who has not played this year.

"That's why it hurts me to see where it is now, because I believe those fans deserve to be living those high times and to be experiencing those great moments and it hurts to know that they're not and to know that they're struggling," Watt said. "So, I hope that they get back there at some point and I hope that they get to do that because I know firsthand it's an unbelievable place to play when you're rolling."