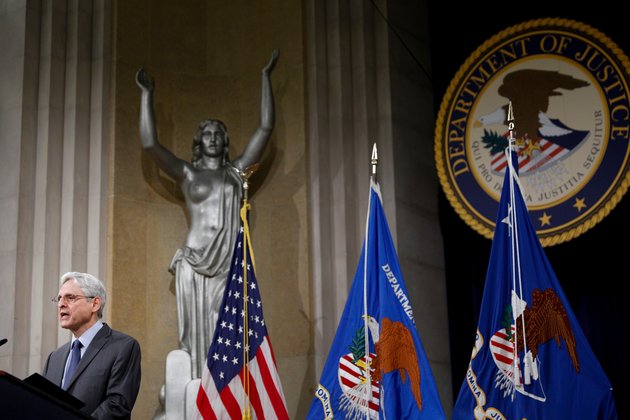 "We're scrutinizing new laws that seek to curb access, and where we see violations, we will not hesitate to act," Garland said in a speech at the Justice Department in which he announced his agency would double its voting rights enforcement staff over the next 30 days.

"We're also scrutinizing current laws and practices in order to determine whether they discriminate against Black voters and other voters of color," Garland said, adding that of particular concern is research showing that nonwhite voters wait "substantially longer" than their white counterparts to cast their ballots.

Garland blasted recent Republican audits of repeatedly counted and certified votes cast in the November 2020 election, saying they jeopardize the integrity of the voting process and undermine public confidence in elections.

The Justice Department recently sent a letter to a top Republican lawmaker in Arizona expressing concern about the legality of a post-election audit in the state's largest county, Garland said. In response, Republicans put on hold plans to canvass voters as part of the audit.

The attorney general also expressed concern about a "dramatic increase in violent threats" against election administrators and workers, vowing that the Justice Department would investigate and prosecute any violations of federal law.

Republican election officials and members of their families in Georgia, for example, have been targeted with threatening messages from supporters of former President Donald Trump months after Trump lost the state and the election.

"Such threats undermine our electoral process and violate a myriad of federal laws," Garland said.

Garland's speech signals the degree to which the Justice Department under President Joe Biden has elevated the importance of civil rights and voting rights after Trump for years denounced the election system as fraudulent and insisted the only way he could lose the election was if he were cheated out of it.

Garland told lawmakers this week that the department's budget request for fiscal year 2022 included the largest increase ever in funds for civil rights efforts: $177.2 million over the 2021 spending level, according to DOJ figures.

The speech came as Republican legislators across the country have introduced hundreds of bills this year that critics say make it harder for many voters to cast ballots - especially minority voters and the elderly - and could adversely impact the Democrats' prospects for retaining control of the House and Senate in 2022.

Many of these provisions - designed to restrict voting by mail, early voting and other innovations that resulted in record turnouts during the coronavirus pandemic - were pushed by Republican lawmakers who echo Trump's baseless claims that the 2020 presidential election was stolen through widespread fraud.

As of late May, lawmakers have introduced at least 389 restrictive bills in 48 states in the 2021 legislative sessions, with 14 states passing 22 new laws this year, according to the left-leaning Brennan Center for Justice at New York University.

Activists rally outside the U.S. Supreme Court ahead of arguments in a key voting rights case involving a challenge to Ohio's policy of purging infrequent voters from voter registration rolls, in Washington, Jan. 10, 2018.

With 61 bills making their way through state legislatures, the Brennan Center warned last month that the U.S. was "on track to far exceed its most recent period of significant voter suppression - 2011."

Republicans have defended the new laws as necessary to make elections more secure and transparent. Hans von Spakovsky, a senior legal fellow with the conservative Heritage Foundation, said the recent laws that Garland criticized seek to "fix the vulnerabilities that exist in our election system."

"They are not discriminatory and, contrary to his misrepresentations, protect the fairness and integrity of the election process for all voters," Spakovsky said in an email.

Democrats see the measures as thinly veiled efforts to suppress the voting rights of minorities, potentially costing them votes in the 2022 midterm elections. And they have redoubled efforts in recent weeks to pass two pieces of voting rights legislation in Congress.

The first is a sweeping reform bill known as the For the People Act. The comprehensive package calls for a series of reforms, including expanded voting rights, creation of independent redistricting commissions, publicly funded elections and new rules for federal office holders.

The second bill, the John Lewis Voting Rights Advancement Act, restores a key provision of the 1965 Voting Rights Act, which vastly expanded the right to take part in elections and is widely hailed as a monumental civil rights law.

That provision required states with a history of discrimination against African Americans to get preapproval from the Justice Department or the federal court in Washington before changing their voting procedures. But the Supreme Court struck down the provision in 2013, leading to what Garland called a "dramatic rise in legislative efforts" that make it harder for millions of Americans to vote.

Garland, a former federal judge whose 2016 nomination to the Supreme Court was blocked by Senate Republicans, said the 2013 high court decision eliminated "the department's most effective tool to protect voting rights over the past half century."

He urged Congress to pass the John Lewis Voting Rights Advancement Act, saying it would give the department the tools it needs to enforce voting rights laws.

The bill, named after Representative John Lewis, the late civil rights icon, would establish new criteria for determining which states must get approval from the Justice Department before changing their voting laws.

But the legislation, like the For the People Act, remains stalled in the evenly split Senate, with only one Republican so far supporting the measure. To pass, the bill requires the support of at least 10 Republicans to end a filibuster.

Last week, Biden, marking the 100th anniversary of a race massacre in Tulsa, Oklahoma, called on Congress to pass the voting rights measures, saying the John Lewis Voting Rights Advancement Act would provide "new legal tools to combat the new assault on the right to vote."

But this week Senate Republican leader Mitch McConnell came out against the John Lewis bill, all but quashing hopes of its immediate passage.

"There's no threat to the Voting Rights Act. It's against the law to discriminate in voting on the basis of race already, and so I think it's unnecessary," McConnell said Tuesday. 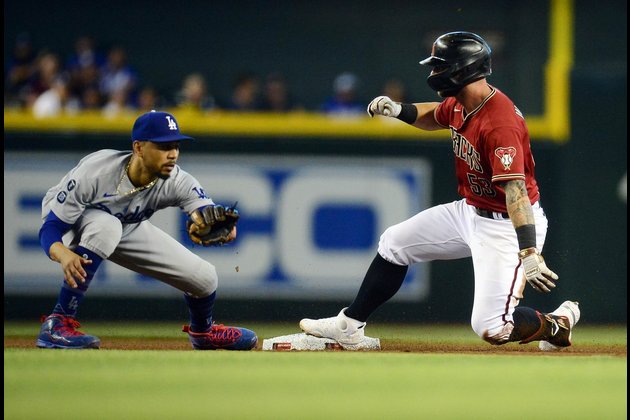 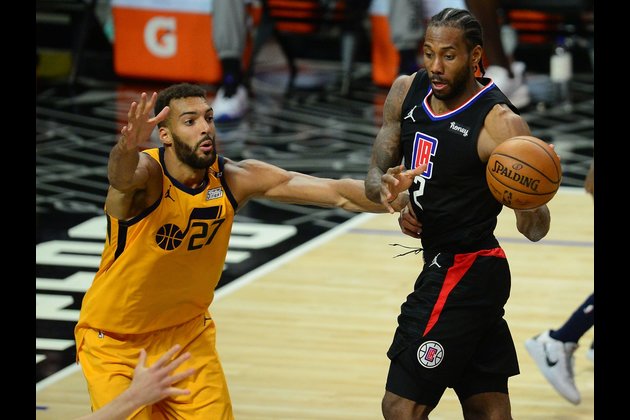 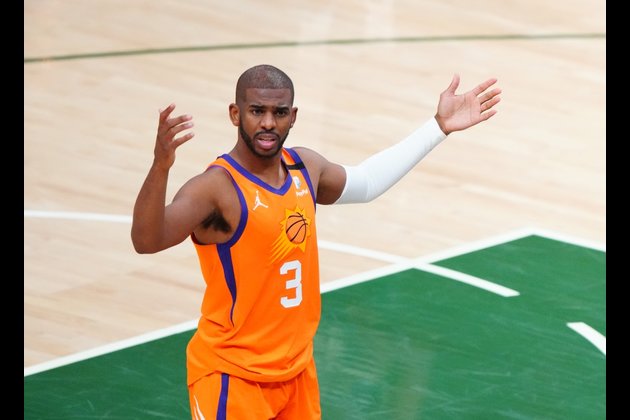 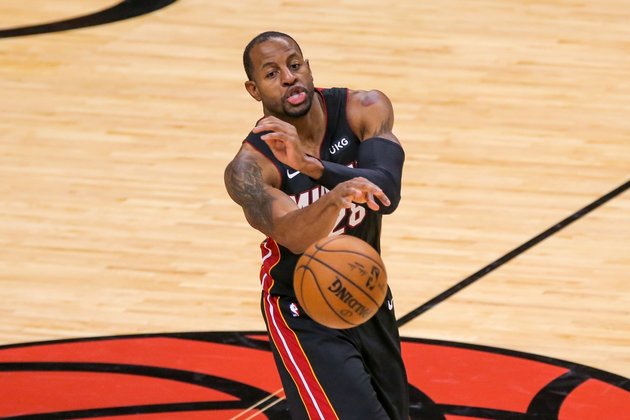 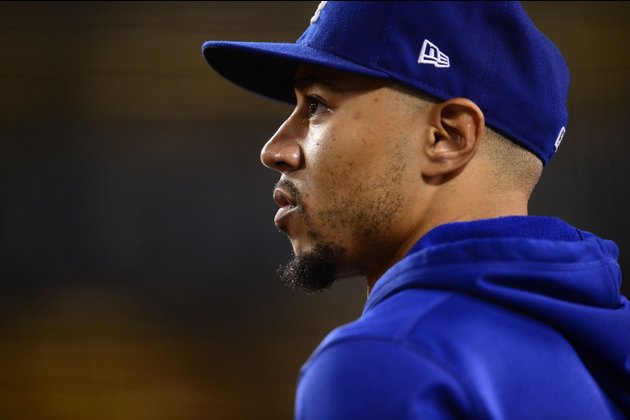